Why Don't People Use Turning Signals When Driving?

Why is it that some people find it so incredibly difficult to use their turning signals when they're driving? Not only is this so ridiculously annoying, but it's also very dangerous. You would think anyone less than a total moron would do everything in their power to keep themselves safe, wouldn't they? (Then again, people smoke, so...) 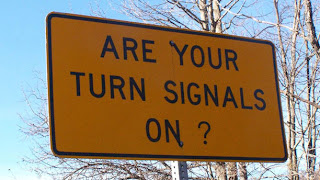 We've all been stuck behind that jackass that suddenly decides to come to almost a complete, screeching halt, stopping out of the blue, only to turn without any indication that he was about to. Even worse is when said car proceeds to very slowly make that turn, particularly in a weird fashion like swerving in a huge arc or not pulling off to the side to allow you to pass them.

Have you ever been ready to make a turn yourself, waiting patiently while traffic blocks your path, and then you see that one car going both slow enough that you think you could turn but fast enough that you're not willing to risk it, only to see that at the literal last second, they decided to turn in front of you, meaning you could have gone the entire time? Note: This also counts if you put your turning signal on WHILE you're already turning, or a fraction of a moment before the turn, rather than a little bit ahead of time to let everyone know what's about to happen.

It's not as if this is a hard thing to do. Turning signals are built directly next to where your hands have to be in order to operate the car to begin with. They're there for a reason—you're supposed to use them! 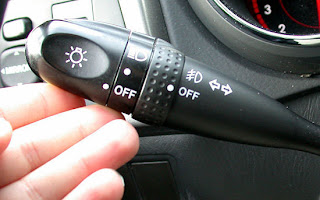 It's also against the law NOT to use your turning signal, yet people neglect it, anyway. And isn't it just awesome when you see ten people do this while you're driving in the span of a few minutes, yet not one single car is stopped by a cop and given a ticket? Miraculously, these people get away with it just as much as the ones that pass you in a no-pass zone or tailgate you when you're going 5 miles over the speed limit instead of 20 like they want to.

Come on, you can even make a game out of seeing if the signal clicking noise matches up to the song you're listening to.


The people that don't use turning signals are guilty of some combination of laziness, carelessness, ego and stupidity. It's just too much effort to reach down and flip that switch. Plus, your hands are already busy holding your coffee and your phone, right? And it doesn't matter, those other cars will know that you're turning and they'll slow down. After all, you're you, and you're invincible and everyone bends to your will. Everything will be fine. It's not like if it isn't, you'll get into an accident and hurt yourself or others.

In the rare instances that your turning signal just doesn't seem to be working and it broke in a position where you couldn't get it fixed, that's at least a worthwhile excuse, but there's still the alternative in the hand signals. You know, those things that they taught you when you took your driver's test because you were supposed to know to do them if your turning signals went out???

Novel concept, applying knowledge that you learn, but trust me, it works. You might look like an idiot doing it, and there may be a lot of other idiots on the road that have no idea what you're doing and just assume you're sticking your hand out  of the car window because you're working on your arm's impression of a dog (which totally isn't going to work at the comedy club, sorry), but at least for the people that would understand it, you'd be doing them a favor.

In a world where we have drunk drivers and our cars can easily fuck up on their own and cause accidents, something as simple as a turning signal should not be a difficult concept to get around. If that's too much effort to ask for, then society is doomed.


DO YOU HAVE ANY FUNNY OR HORRIFIC STORIES ABOUT THIS?