5 Academy Awards They Need to Add

I'm a big fan of films and because of that, I follow the Oscars every year. This year, unfortunately, it was a pain in the ass, but nonetheless, next year I'll be doing the same, no doubt. Every year, though, I think about how so many people are getting robbed of their credit. With that being said, here are some Academy Awards that I think they should add to the ceremony but have been neglecting:

1. Best Action Sequence (aka Best Stuntwork/Choreography)
Stuntwork, choreography, working out the CGI and the other effects, proper safety...this is all extremely intricate work. How come after all these years, we have awards for most jobs in the film industry (save for the ones that really you can't get an award for, like being the guy that gets everyone their coffee) yet the stunts get no love? The only rationalization I can see for this not being included is to hope that people don't try to do incredibly dangerous things just to get the attention of the academy for an Oscar - but still, that'd be to their own discretion. Some do that anyway and don't even receive an award for their efforts.

2. Best Synthetic Performance
With the advancements in CGI, we've seen lots of characters that are nothing more than a guy in a motion capture suit combined with a voice actor and the animators. I might not be the biggest Lord of the Rings fan out there, but Gollum is a prime example of something that should have been rewarded. All those involved in that did such a good job that if it weren't for the fantasy element and knowing that you were seeing a movie, you wouldn't be able to tell the difference between that and reality.

3. Best Film Trailer
There are so many movies that I've seen solely because the trailer was epic - even if I didn't necessarily think that the film would turn out as good. Battle: Los Angeles, for one, disappointed me for the film but the trailer is still fantastic. Other noteable examples (but better movies) are Inception, The Island, Garden State, etc. I think we can all agree that the trailer for Alien is fantastic, right?

4. Retroactive Awards
Sure, it would be tough, and take a ridiculous amount of time (therefore making this impossible to happen) but I think a lot of movies were screwed over because of categories not existing at the time that they were out. We all know that if Best Animated Film was around for The Lion King it would have won that. The same goes for Aladdin.

5. Best TV Film
If they can have an award for documentary, short film, animated film, the standard motion pictures, then why can't they acknowledge films that were broadcast on television instead of being distributed through movie theatres? Now, I would say that they should also create a category for online content, but I think that's premature. Several years from now, yes, but at the moment, it's too new for that. TV, however, is not new. If the Golden Globes can give an award to TV film/mini-series, the Academy Awards can give one to best television film. 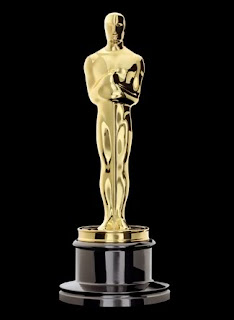