With news of Anne Hathaway being cast as Selina Kyle in the upcoming The Dark Knight Rises, I figured what the hell, let's do another "Marry, Fuck, or Kill"...this time, the CATWOMAN edition.

Now, more than 3 people have portrayed the character. How to narrow it down? I could have done the 3 women from the Adam West series, but then that wouldn't included Hathaway, now would it? The voice actresses are out considering I don't know what any of them look like aside from Gina Gershon (totally a fuck by the way). Kimberly Page doesn't get any credit for the short fan film Grayson (despite how cool that was and how hot she is). And no true fan could possibly count the Halle Berry film as being Catwoman. That leaves us with the trio of true Batman film women: Lee Meriwether (Batman), Michelle Pfeiffer (Batman Returns), and the newbie, Anne Hathaway (The Dark Knight Rises). 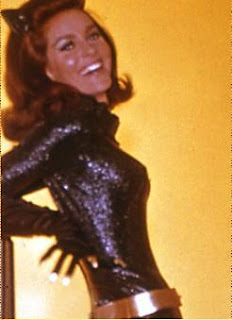 You might be thinking "kill that?" Well, by default. Or if you need another excuse, because the Adam West Batman film is so bad that it drags her down through proximity. Remember that scene where Batman runs with the bomb for like 20 fucking minutes and keeps running into parades and sailboats and shit? *shudder* I'm sure if I had been a teenager around this time (or...you know...alive at all) I would have a soft spot for Meriwether, but alas, by the time I got around to things, 20 years had gone by since then. Still, give me a time machine, I wouldn't turn her down ;) 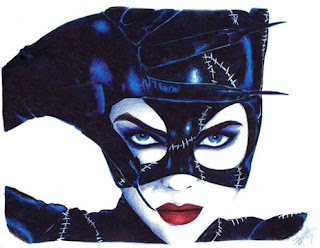 No, she's not winning for this disheveled, crazy look. She's winning for this disheveled, crazy look. I actually think Meriwether has a prettier face, but damn, Pfeiffer was sexy in Batman Returns. She had that whole "psycho chick that will fuck your brains out to the point where YOU want to stop...then maybe call the police" vibe going on. It's not really my kind of thing, but still, you've got to give some credit to that scene where Batman hits her and she seems to like it. Mrowr indeed. 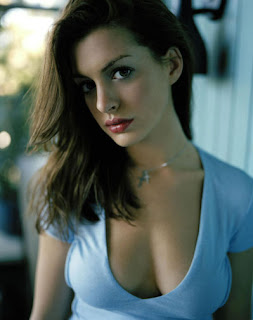 Take a look at her picture. Got the attractiveness? Damn right. And if you aren't convinced, watch Love and Other Drugs. She manages to not only be sexy as hell in the film, but also very cute on top of it, solidifying the marry vote.