One of the things that annoys me so much when it comes to relationships is when I come across a couple where one of them tries to control the other. The topic of discussion today: being "unable" to talk to the opposite sex.

Over the years, I've dealt with a fair share of jealous boyfriends. It isn't a pretty sight because the couple comes out of it looking ridiculous. It's very pathetic when you get a guy who tries to threaten to "kick your ass" because, in their words, you "need to stay away" from "his girl". It's hilarious how they're emasculated by the mere presence of another guy having social contact with their girlfriend. What suffers, though, is the relationship between the girl and her "friend that is a boy". Now, not only is she viewed negatively for dating this type of guy, but she's in an awkward predicament where she has two choices, and only one of them results in a positive outcome for her, overall:

OPTION A: Stand up for yourself. Talk to the friend anyway. Your boyfriend doesn't OWN you, and if he thinks that he does, then isn't this a problem you need to address and fix? If it's that much of a big deal that you're just talking to a guy, period, then that means your boyfriend has SERIOUS insecurity issues and he'll most likely never get over them. These insecurities are going to come out and cause problems in other ways as well. Doesn't it raise a red flag if your boyfriend feels like the entire male species has to avoid contact with you unless they're your dad or brother? Is that really acceptable? No, of course not! So stand up for yourself and if you end up breaking up, it's because he has a serious problem, not you.

OPTION B: You can alternatively choose the submission route and stop talking to any guy friends you have. Keep in mind, your boyfriend's insecurities haven't gone away, they're just not at the forefront. They're hidden for now, but they'll come back. The next time he sees you talking to a guy, he'll either start an argument or harbor a resentment that he'll bottle up until the next argument takes place. You may eventually realize that he's being overbearing and pathetic and break up, but usually it'll be too late, and the damage will be done.

Despite me having written the above in the point of view of myself, the girls I've talked to, and their jealous boyfriends, the same obviously applies for the opposite angle. Girlfriends are just as capable, if not more so, of doing this and trying to get their boyfriends to stop talking to any girls they know. That doesn't change anything said above. In that situation, the guy should talk to his girl-friends just as much as the girl should talk to her guy-friends. It makes no difference. The issue here is that your boyfriend or girlfriend has no right to tell you to stop talking to people just because they have the slightest potential of stealing you away. This applies even to ex-boyfriends and ex-girlfriends. Do you have a past? Yeah. But that doesn't mean you're fucking them on the side. If they DO steal you away, then you clearly weren't into the relationship to begin with, so it doesn't matter, and if they don't, then there simply isn't a threat to be worried about, is there?

Now, I can understand if your boyfriend/girlfriend says they don't like it when you FLIRT with other guys/girls. That, to me, is understandable, as flirting is a sign of romantic interest. If you're flirting, then it means you're giving off the impression that you want out of the relationship and that you're interested in someone else, and that really diminishes the relationship as it is. If I'm dating someone and they try to make it look like we aren't, then eventually it'll bug me to the point where I will just say "fuck it, you got your wish, I'm breaking up with you". But really, I've had those "tough guys" flip out at me after conversations that weren't flirtatious. And even a little flirting is ok. Some people are naturally flirtatious and might not even know it. The justification I can see is if it is a hardcore completely obvious flirtation.

The longer you go where you bend to the will of your boyfriend or girlfriend and distance yourself from your guy/girl friends, the harder it is to repair that friendship. Distance isn't good. As time passes, you drift apart further and further, to the point where there's nothing left to salvage because they've just gone ahead and thought "ok, I guess she/he doesn't want to be friends anymore". If you're in this pitiful situation, you have the power to fix it. If you're intimidated by the potential that it can break you up with your significant other, then weigh your options. Would you rather be with someone who was controlling you that much, or would you rather be free of that oppression and able to choose who you want to be friends with? 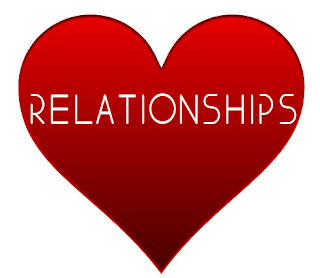