While watching the season premiere of Community, in which part of the plot involved the protagonist choosing between different women, it got me thinking about who I'd pick.

Thus, I decided to start the first edition of MARRY / FUCK / KILL.

If you're unaware of how this game works, you pick 3 people and you have to assign them one of those labels. You can't use the same label twice and you can't opt out for one of the people.

That being said, this is the conclusion I came up with, when comparing the three principle female characters of Community: Annie, Britta, and Shirley. 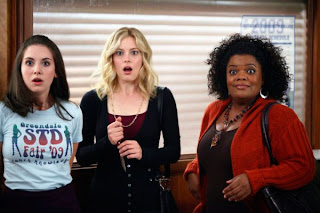 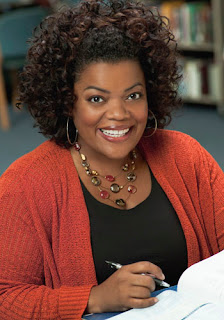 The only one of the three that I don't find attractive, plus she's too old for me. Nuff said. 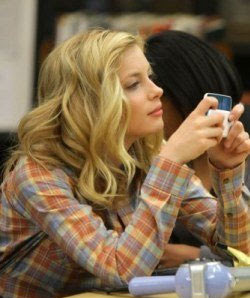 Britta's hot, but she's kind of a bitch. The whole "rogue" thing she has going on is lame. Plus, she can't pronounce "bagel" correctly. She's definitely hot, though, so she gets the fuck category. 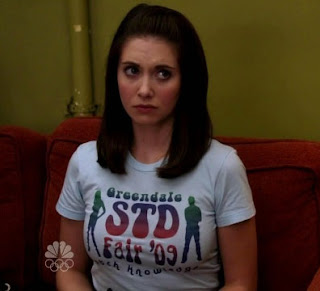 She's hot...hotter than Britta in my mind. On top of that, she's closer to my age, the character is the smartest of the bunch, and she's the least bitchy. She's also clearly the cutest (remember: cute doesn't necessarily mean hot or pretty; cute is a personality trait). Therefore, she wins in all categories and needs to be the one that would get the 1st place trophy, and I'd marry the crap out of her.

Suggestions of new groups of people for future entries are always welcome. Also, vote below on what you'd pick!