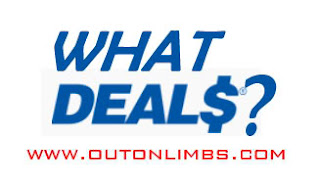 Remember when a dollar store used to be a place where everything inside was 99 cents or less? You know, making it a true "dollar store"? Yeah, say goodbye to that.

I can't find a single store like this around my area anymore. Every one of them has converted to, at best, selling items that are five dollars or less. Others sell items that are even TWENTY dollars. What the fuck, dollar stores? Since when did it go from a store where everything is a dollar to "stores in which things are worth dollars"? The whole point of the dollar store was that it used to be cheap. You could go in with 2 dollars and buy absolutely anything in the store because with tax, you break the 100 cent limit. If it breaks the 200 cent margin, it is no longer a "dollar" store, but a "dollars" store, and if that's the case, why don't I just go to somewhere else that doesn't look run down and cheap with knockoff items that were most likely stolen from the back of a truck or placed in inventory from some large manufacturer that had some oversight?

Now, I'm not one to study economics, but it seems to me that the vast majority of business owners in the United States are absolutely brain dead when it comes to getting people to spend money at their place. We're in a new Depression (ie, people have less money and are much tighter with their spending) yet how many businesses are jacking up their prices rather than lowering them? They use this mentality that if you put your prices higher, people are forced to spend at your place and by default, you'll continue making the same or more money than before. I'm sure this is why places like DEAL$ owned dollar stores are doing just that. They think if someone goes into a dollar store expecting everything to be cheap and they come across something for $4.99 rather than $0.99, they'll just go ahead and buy it because they have no other option. Idiots, that's not how it works. You want to know why Walmart is one of the only entities that is making money with this recession? CHEAPER PRICES. How is the concept of "people with less money = people spending less money" so confusing?

You know the last time I spent more than 99 cents for something at a dollar store? Never. Every single time I've noticed that it was more, I put it back. Why should I spend 3 bucks for a bottle of soda when I can go to a place like Pathmark and spend 77 cents for it? Why should I spend 20 dollars on a pair of shitty sunglasses that will break in a week when I can go somewhere and spend 15 on a decent pair that will last years? There's a stigma of shopping at dollar stores that is certainly not going to go away just by instituting higher priced items. They'll still be the bottom rung of the hierarchy ladder when it comes to stores.

Deal$ used to use the slogan "Nothing Over a Dollar". Now, they're using "Too Good to Pass Up". Sorry, but that's exactly what I and many others are doing.
customer service, editorial