How to Make a Romantic Comedy

Want to know the rules you need to follow in order to make a standard romantic comedy? Well here are the ingredients:

1. Slapstick Jokes - No romantic comedy can go a few minutes in the lighthearted section of the film without having the woman fall down, drop something, get splashed with water, or other tired slapstick "humor". These are so old and worn out that the only people that find them funny are idiots or people with memory loss that forget having seen it twice earlier in the day.

2. Dance Sequence - For some reason, the women in these movies have to dance at some point. Whether its them dancing alone in their apartment, dancing with a bunch of friends at a club, or any other variation, there's always a dance. Hell, Spider-Man 3, that God-awful excuse for a superhero film, wasn't able to stay away from this. We had TWO dance sequences in that piece of crap.

3. Pseudo-Liberation - There's always at least one moment that tries to make it seem like eating ice cream out of the carton, walking around in your underwear, or sticking your feet out the window of a car is going to solve all your problems and that you're suddenly liberated from your responsibilities. Your problems will just fade away if you open up. *Buzzer*. Wrong answer. No they won't. That's why in 20 minutes, you're going to be involved in our next ingredient...

4. Hysterical Bawling - The woman is frustrated. She doesn't know what to do. So what happens? She cries and cries and cries. Normally she cries by herself while some over-sappy song plays. Normally, the audience that goes to see these films aren't left with dry-eyes either, which is pathetic, as the protagonists in these films, even if they're men, are usually so devoid of character that nobody should be able to identify with them enough to get sad.

5. Sentimental Protagonist - Ok, I can't rip on this one too much, as it makes sense. You wouldn't root for an asshole character to be rewarded with true love, would you? But typically, romantic comedies have an almost morally-infallible type of protagonist. This person loves everyone and everything too much, and that's what causes them so much angst and pain. Ironically, this also causes enemies of the genre the same amount of angst and pain, as it becomes glaringly obvious that this person will not simply be killed off, because too many followers would say the movie sucked because it didn't have a happy ending.

6. Overused, Underprivileged Soundtrack - How many romantic comedies use original music? Not enough. How many use the same old alternative ballads? You lose track thinking of them. If it isn't an alternative ballad, its a pop song to be used for the dance sequence. Coming out soon is a romantic comedy that uses Pink's song "U+Ur Hand". Oh, surprise surprise, its a pop song with lyrics devoted to "I don't need a man" and look! Its being used in a dance sequence! You know, the sequence right around the time in the trailer when Anna's character is SPLASHED BY HOT WATER?

7. One of Two Endings Syndrome - Romantic comedies end in only one of two ways, and no other ways. Either the two "true love" recipients fall in love and live happily ever after, or it ends with the protagonist realizing that soon enough, they'll find someone, and that the other person wasn't right for them, but its ok. If its a normal romance film that doesn't try to be a comedy, it may end in tragedy with one of the two's death, but not in a comedy.

That's about all I can write about the subject, because they're such horrible films that they don't deserve any more. Pretty soon, I'll have to write something in comparison talking about how terrible the standard "horror" film is as well.

Until then, here are the end credits. 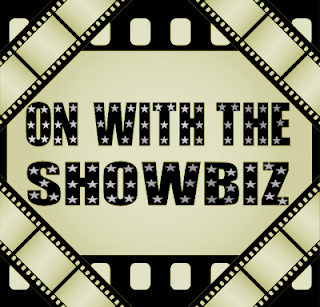